No Drama Fitness
Have fun, get stronger, be hard to kill 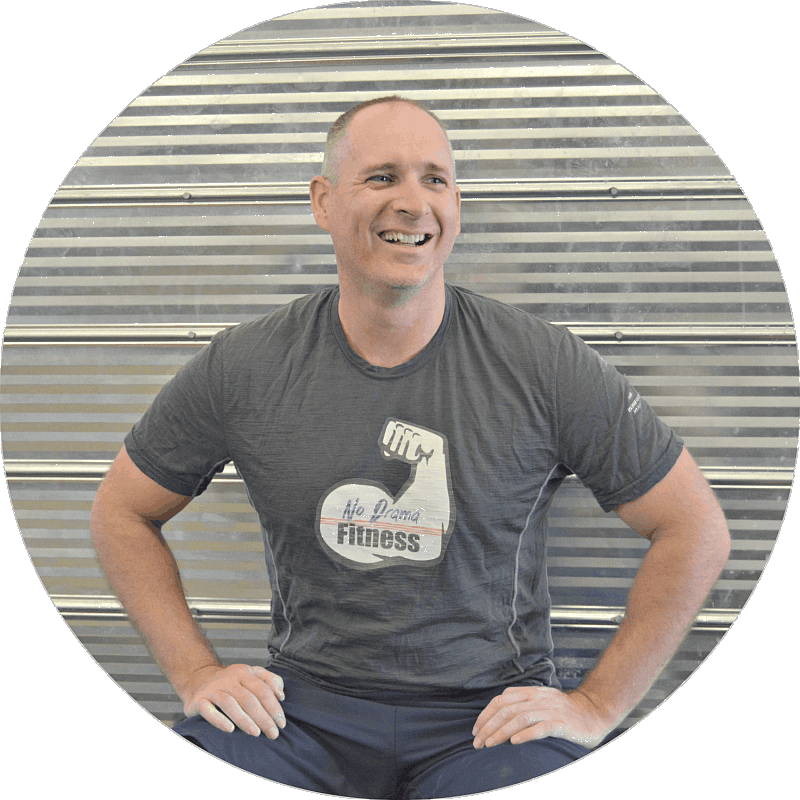 Meet Anthony Wilkinson — or Coach Andy as he is more commonly referred to. Here's his story...

In the spring of 2007 I was inspired by the physical fortitude seen in the movie “300,” which prompted me to research the actor’s training regimen. This was my introduction to CrossFit.

During this time, I was working as an Information Technology Manager and freelance consultant, meaning 16-20 hours a day in front of a computer. With my weight at an all time high and overwhelming disinterest towards the one and a half hour gym “routine”, I had reached a decision.

As somebody who was very active as a child and played rugby in college, I felt that CrossFit was a program that would not only challenge me, but produce results.

After getting my hands on a weight set, I tried my first CrossFit inspired workout — 21/15/9 of 75 pound push press and a run to the neighbours farm and back. It was awful, and after one year of infrequent workouts and some big changes in my personal life, CrossFit was shelved.

Fast forward to 2010, where I was introduced to James, a new friend who was a chiropractor with strong interest in fitness and athletic performance. We immediately hit it off and enjoyed chatting about various training regimens and modalities. It became clear to us that there was a huge demand for a fitness program that would be unique, challenging and effective.

So, in 2011, the doors to Goderich’s first Crossfit affiliate was opened and people were amazed at how this group of people had somehow transformed into super humans. As the affiliate grew I started thinking about becoming a trainer as I had assisted the coaches many times and enjoyed it. The transition from veteran to coach was made in the summer of 2013 and was long overdue.

Coaching is an incredible opportunity and is very rewarding. As an entrepreneur, a coach and a CrossFit athlete, there is so much more that can be done and can be offered to those who have yet to try the CrossFit program or to those who have the commitment to work out by themselves but lack the support of fellow athletes. This is why I created No Drama Fitness, to introduce new people to the sport of fitness in a safe, supportive, engaging and challenging atmosphere free of judgement and discrimination. 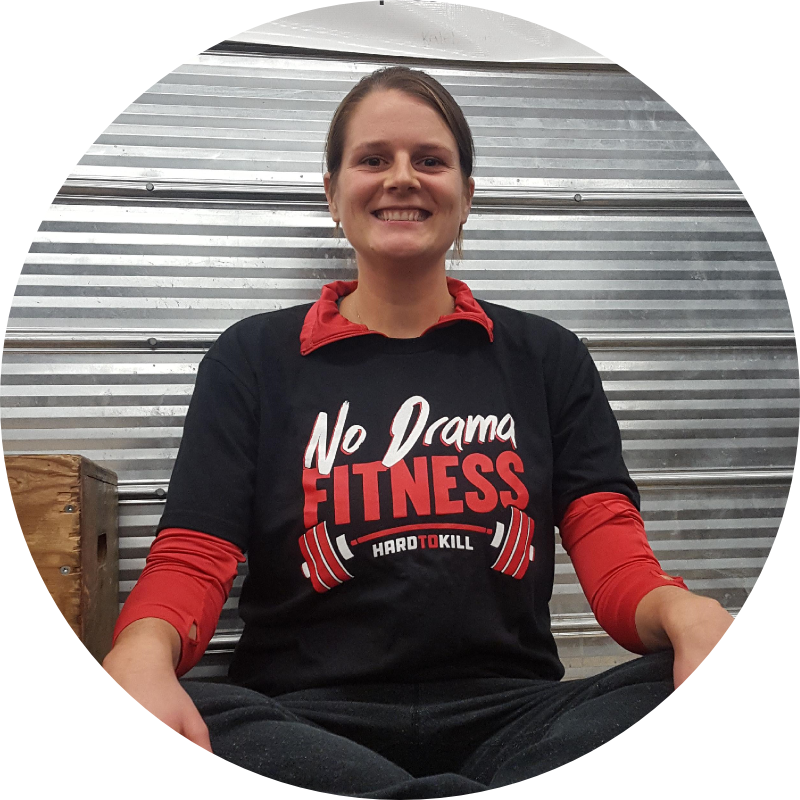 I am 31 years old, married to my best friend Tim & the proud mom of 2 girls: Adelaide & Olivia. Growing up, my Dad was chronically sick.   My parents struggled with many health issues and weight was always a challenge for them and me.  I was determined to understand health to avoid the same challenges facing my parents. In high school I was the athlete, always playing sports. I decided to study Kinesiology & Physical Education at University and I planned to pursue my love of sports too! BUT, I didn’t make the team! I had tried out for varsity volleyball and was the last one cut. I had to figure out my new identity outside of being a part of the team and sport. I fell in love with group fitness classes, became a certified fitness instructor and continued from there. After graduating from Wilfrid Laurier I was able to become a certified personal trainer and had the awesome privilege of working as an instructor and trainer for 6 years in Port Elgin & Southampton.  From there I branched into small group training specializing in high intensity interval training and had another awesome 3-4 years gaining experience in the world of boot camp. During that time I was able to gain amazing knowledge and expertise in TRX Suspension Training, I became a Precision Nutrition Level  1 Coach,  a Functional Aging Specialist, and a Functional Movement Specialist also.  (Yes those are fancy words… they basically mean how to be a good mover and how to grow old and move well.)

Fitness then became far more than just managing my weight. Fitness became a mental, emotional and physical priority as I entered into the years of pregnancy and postpartum. Over the past 3 years I have experienced challenging pregnancies, deliveries and postpartum recoveries.  I always new that I got cranky when I didn’t exercise but this took on new meaning. Exercise & eating right could literally make my day better. My focus started to shift.  Exercise for mental health, exercise to take care of myself, exercise to recover.  Moving well to be healthy, strong and feel and think well are now my top priorities. Helping people discover the power of eating well and exercising is my love.  I get so excited to meet new people and introduce them to this world of healthy living- no extremes. Whether you are young or old, healthy or facing health struggles, already moving well or dealing with joint issues and pain. Let’s do it together. Let’s work towards improving and then living well.  🙂  Life has many seasons and my goal is to help people make habits that will support them through every season of life.

Sounds cliche, but starting CrossFit at No Drama Fitness was like finding the missing puzzle piece in my life.  It has awakened me into a whole new lifestyle.  I now make daily choices based on my fabulous 5am workout.  My morning starts with spending time with like minded souls and the rest of my day seems to follow suit with flowing positivity.

After 9 months of being told about how awesome No Drama was, I finally took the plunge and went to a Wine & WOD night.  Best. Decision. I. Made (regarding my health & wellness journey).  I cannot say enough good things about No Drama, I have drank the Kool-Aid.

I love that it has such an inclusive and body positive atmosphere, at no point have I ever felt like I didn’t belong; everyone is so positive and supportive.  They definitely make getting my butt out of bed at 5am totally worth it.